This is a smart design upgrade for the Aluminum "space frame" D2 cars. If the car is a pre-facelift A8 (USA/CAN years 1997 to 1999), there is a conversion kit specifically for this model version. If the A8 or S8 is the facelift version (years 1999.5 to 2003), there is another slightly different model-specific fitting kit. Model versions and slight styling differences aside, the transformation is fantastic and fully updates the car. After modification both "pre-facelift" and "facelift" cars will look nearly identical. 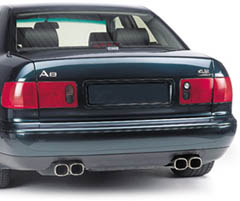 With these modifications, your A8 D2 will immediately take on the contemporary styling of Audi's 2006 A8 D3 car with that distinctive, large grill. Because the kit actually employs an Audi OEM grille, the change is entirely authentic. This modification thoughtfully incoporates the original lower corner grills and foglights into the design and those items are recycled into the updated presentation. Also available to complement the upgrade are side skirts (long and short version), a rear valance set-up for quad exhaust and a "shark fin" antenna cover that is an easy roof-top mount to complete the new look.

As always, LLTek's MatchPaint program is in effect and it will save you money, time and effort. If you have questions call toll-free or contact us via e-mail - LLteK will be pleased to prepare a quotation.
How-to-Distinguish between a "Pre-Facelift" A8 D2 and a "Facelift" A8 D2 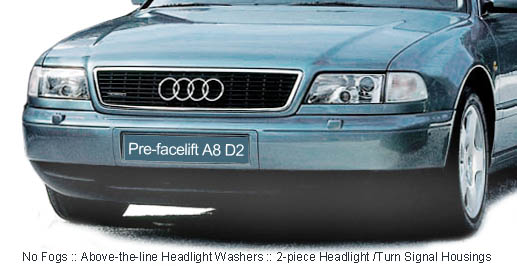 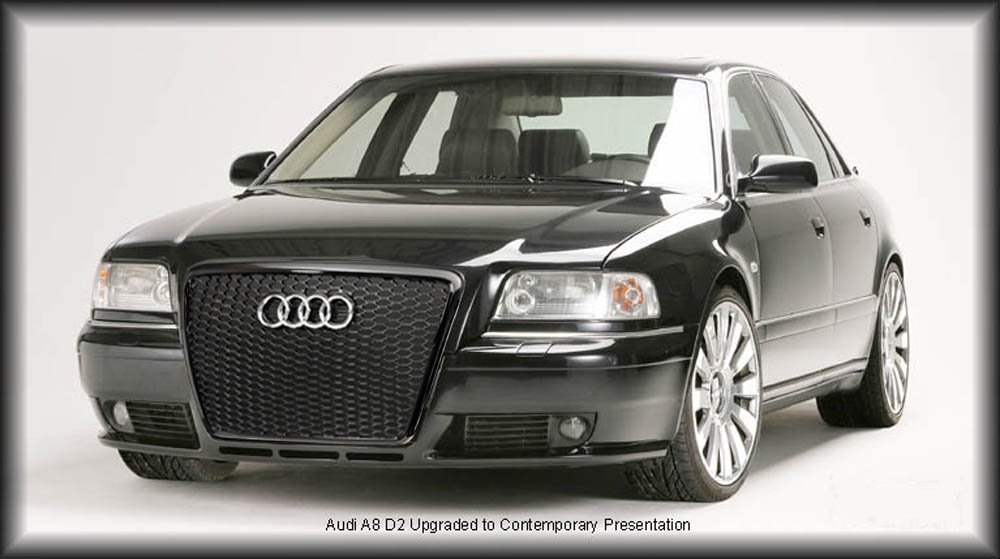 
Click and View the Audi A8 D2 Aftermarket Parts index...